Pawarumi is a modern shoot'em up set in a pre-Columbian inspired futuristic universe. You play Axo, pilot of the ship named Chukaru, the most powerful vessel in this world.

To clear your way through the levels, Axo's ship is equipped with three weapons given by each of the three gods. It is possible to switch between the three at all times.

A weapon firing many shots in front of you. They can hit multiple enemies at close range or precisely one at long range.

A narrow and powerful beam in front of your ship that can hit through several enemies.

A weapon that locks onto enemies in a cone in front of you and fires many energetic missiles that will always hit their target.

Each enemy is also powered by the energy of one of the deities. Your weapons not only cause damages to them but also have different effects depending on the weapon used to hit them! 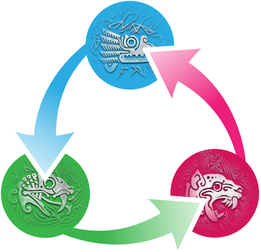 Double the damage!
The easiest way to clear a strong enemy off your path. 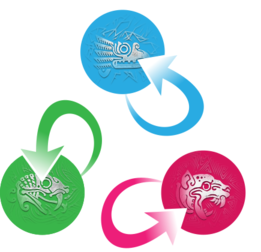 Refill your shield!
But be careful, you'll also make the enemy stronger. 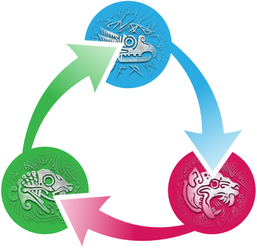 Charge the super attack!
It will, with no doubt, prove useful later on. 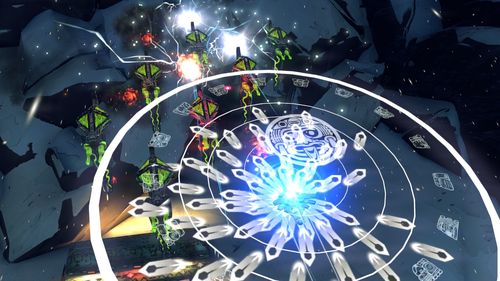 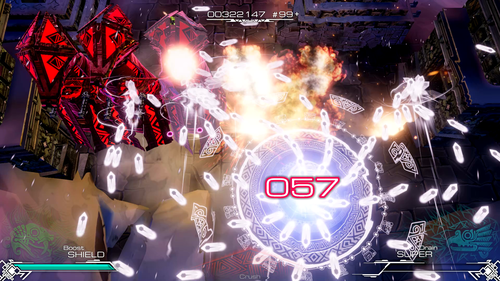 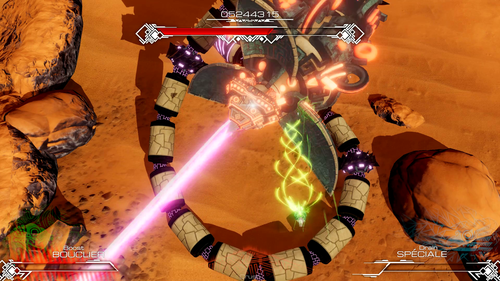 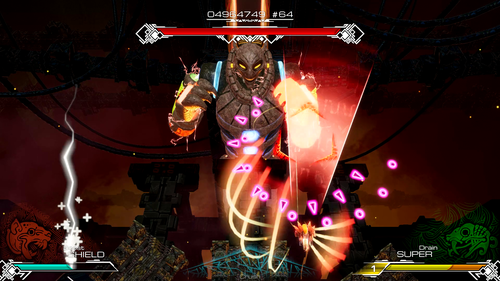 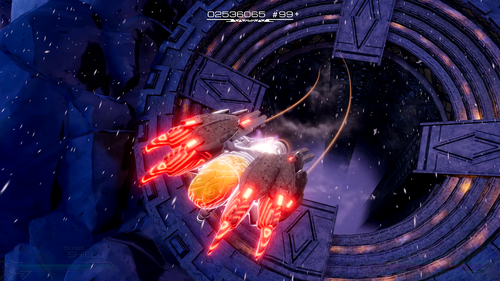 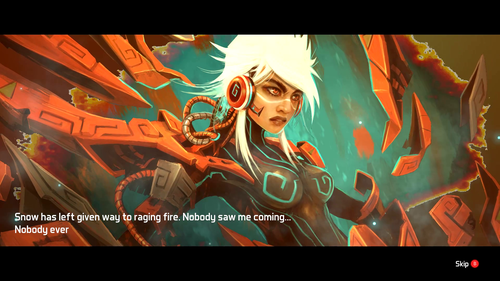 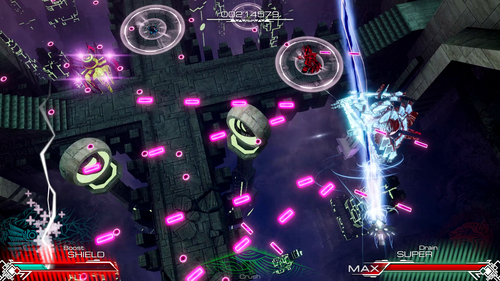 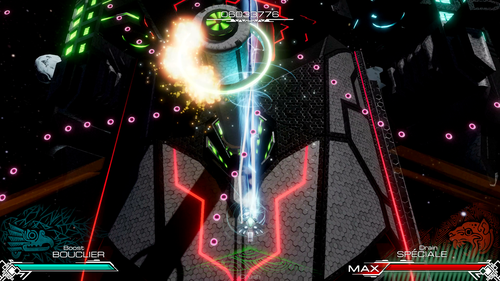 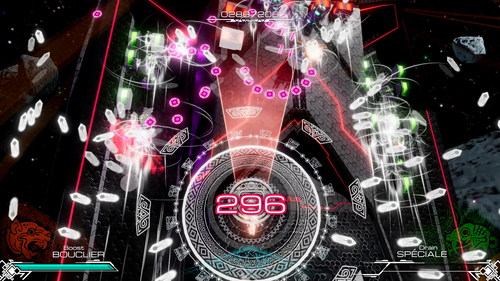 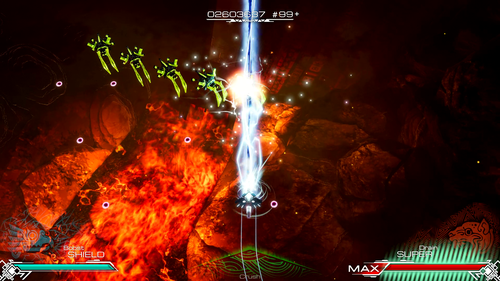 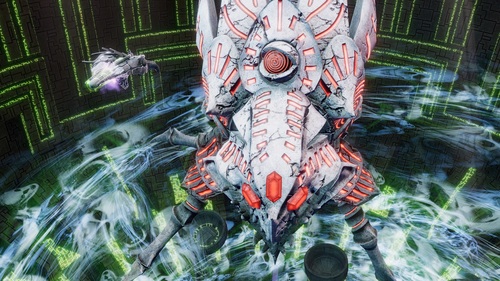 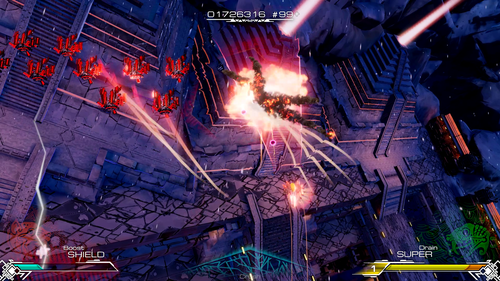